I have a heartwarming love story to share with you, one that has personally touched my life.  This story began about 5 years ago when I ordered genetic testing kits from 23andMe for my family & myself. We were curious to know more about our ancestral roots and wanted more information on our DNA, inherited traits and health risks.  My family had emigrated to the United States centuries ago from England, Germany & Switzerland, whereas my husband was born in Vienna, Austria.

What fun we had once our results arrived! We all teased each other about how much Neanderthal DNA was in our genes, and were delighted to discover that we all shared the exact same maternal haplogroup lineage that originated 40,000 years ago in the Fertile Crescent. We were relieved to learn that we had no serious inherited diseases, and I was intrigued to find out that I also had Irish, French, Italian, Scandinavian & Ashkenazi roots. However, after the initial excitement wore off, we tucked our packets away in a bookcase and forgot about them. 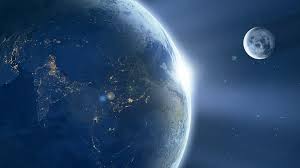 The next chapter of this story began 6 months ago, right on the Full Moon in LEO & AQUARIUS in August.  My husband was surprised to learn that a 51-year old man from Miami had been trying to locate him.  It turned out that this man had been adopted at birth, and in his quest to find his birth mother and learn about his family origins, did the 23andMe genetic testing.  He was astonished when he came across my husband’s profile in the DNA Relatives section of his results.  It indicated that he and Heinz shared 8% of their DNA and were actually first cousins, once removed!

Talk about synchronicity! I was currently working on my blog about the upcoming total Solar Eclipse in LEO (the sign associated with personal identity) and its meaning on a collective, as well as personal level.  And here we were, presented with an opportunity to assist someone in figuring out his own identity!  How exciting was that? 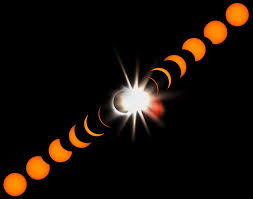 So, of course, we called Curtis right away.   After a lively Facetime chat, we started putting the pieces together and came to the conclusion that my husband’s first cousin, Pips, must be his mother.  But he hadn’t been in contact with her for nearly 50 years and had no idea where she was or how to find her.  However, Heinz was able to google his Austrian family’s genealogy site and put in a request to be connected with his cousin.  We shared this site with Curtis, who jumped in (yes, he’s an ARIES!) and made his own request.  And he got an immediate answer from the site manager: she was alive & well, living one state away from him — and most exciting — was open to seeing him.  She was just leaving for a 6-week visit back to Vienna, but would contact him when she returned.

Heinz was surprised a few days later with a phone call from her!  He & Pips had a lot of catching up to do.  It turns out that she never had another child, and now that her husband had passed on, she was open to embracing this surprising new development in her life.  And later that day, Pips and Curtis themselves actually made phone contact!  They exchanged photos and made plans to meet when she got back from Vienna.  The mother and son reunion had begun — and from our initial contact with Curtis, the process of getting them together took only 10 days! Three cheers for the magic of the Full Moon & Solar Eclipse, the miracle of the Internet and the power of LOVE! 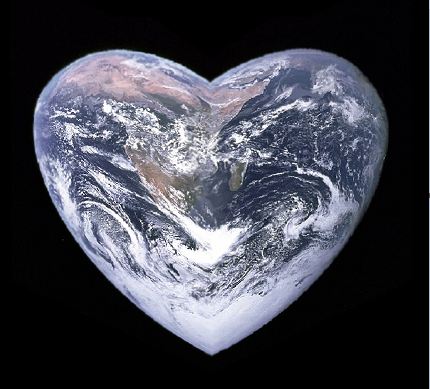 So, the third chapter of this story is now happily unfolding.  Two months — to the day– from their very first phone conversation, Pips flew down to Miami to meet Curtis and family.  It was love at first sight, according to both of them!  The heartwarming photos of their first hug that were taken by his wife, Michelle, said it all.  The joy and love that came through those images was so powerful that it brought us to tears.  I am sharing these photos with their permission: Pips made a warm, easy connection right away with Michelle and their two children, as well as with the rest of the extended family.  They all bonded right away, and this bond seems to be growing deeper by the day.  Pips and Curtis are amazed at how alike they are, not just in looks, but in tastes and traits.  Hopefully, one day we will get to hear the story from their own perspectives!

Curtis has been able to fulfill his long-held dream of being reunited with his birth mother and discovering his family origins.  It was fortuitous that he chose to go through 23andMe rather than one of the other genetic testing sites — otherwise, this would never have happened!   Pips has been given a new lease on life and an opportunity—at 80 years of age—to enjoy the experience of motherhood & grand-motherhood (as a double CANCER, this is a natural for her).  She has taken to it like a fish to water — and her new family absolutely adores her. She’s made several trips to visit since, and is now on Facebook so they can all stay in better touch with each other.

This next chapter is going to bring this story full circle.  My husband, daughter and I had made plans a year ago to go on the UNLV Community Concert Band tour to Budapest and Vienna this summer.  As a result, Pips decided to be at her place in Vienna while we’re there — and has invited Curtis, Michelle and the kids to come for a visit at the same time. We’ll meet at our band performance in Vienna — how serendipitous!  So we will all be together for the first time and Heinz will be reunited with his long-lost cousin.  He will be returning to his homeland at his Uranus return—a cosmic intersection between the past and the future.  What a rich experience this will be for us all.  Love does certainly make the world go ‘round! ♥

Ironically, I am posting this as we approach the Solar Eclipse & New Moon in AQUARIUS — exactly six months from when this story began.  I sincerely hope it has touched your heart, too — and that it will inspire you to find out about your own family genetics.  Something quite amazing may come of it!

5 thoughts on “A DNA LOVE STORY”