HAPPY NEW YEAR! And what a complex, challenging year it’s going to be! Fortuitously, a creative, playful spirit initiates 2019 as Mars begins its 6-week stay in ARIES on New Year’s Eve.  Allow this dynamic, fun-loving energy to infuse you with a childlike openness and a willingness to take on some reasonable risks — immerse yourself into some meaningful projects & ventures. Start off the New Year with a positive attitude, enthusiasm and trust in a happier future!

Hopefully, this enterprising ARIES transit will provide a counterbalance to the sober Sun-Saturn conjunction, which inauspiciously falls on January 1 in the midst of a partial government shutdown and political stalemate.  In a year destined to bring about a major reality check — individually, nationally and internationally — it will be useful to maintain a sense of detachment from the turmoil of the outer world and nurture your personal world in productive, healthy ways. Utilize the constructive, formative Saturnian energy to set clear intentions and design your own reality for the New Year ahead!

The New Year is off and running with the New Moon in CAPRICORN on January 5 — personal responsibilities, financial obligations, taxes or governmental rules & regulations will require some disciplined attention.  It’s time to deal with the realities of life!  Fortunately, Uranus turns direct the next day (after a 5-month retrograde) and awakens us to alternative approaches and perspectives. Be patient and commit the first few weeks of January (while the Sun’s in CAPRICORN) to taking care of business, organizing, clearing the decks, replacing the calendar, recycling and getting back to everyday routines after the holidays. 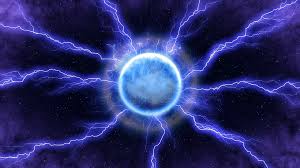 Change & electricity is in the air once the Sun moves on to AQUARIUS on January 20, accompanied by the Full Moon in AQUARIUS-LEO, the Lunar Eclipse and the Supermoon! Much light will be shed on what has been hiding in the darkness. Surprises & revelations will abound ‒ a rebellious, revolutionary & unpredictable energy will be released during this wild & crazy time. Stay spontaneous and expect the unexpected!

It’s out with the old, in with the new as the New Moon in AQUARIUS, on February 4, ushers in the Chinese New Year of the Earth Pig.  This year is said to bring success in friendship and long-term business ventures.  Generosity, tolerance & humor are encouraged, but a tendency towards laziness, overindulgence & gullibility needs to be curbed.  From a numerology perspective, 2019 is a ”3” year — one that inspires intellectual stimulation and the exchange of ideas & information.  Socializing, entertaining, networking, music and the arts will be highlighted during this year. 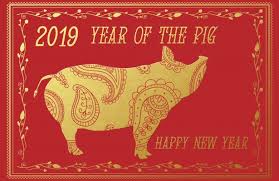 With Jupiter in its own sign, SAGITTARIUS (mutable fire); truth, knowledge, belief systems, higher education, foreign travel, global trade, immigration, politics, religion & sports will be some of the major topics  of 2019.  It will be challenging, however, to distinguish between fact and fiction while the chaotic Jupiter-Neptune squares are in effect (on January 13, June 16 & September 21); scandals, misinformation and lies could be running rampant.  Stay skeptical, navigate through the rhetoric and don’t believe everything you hear.  As Swami Beyondananda puts it: “Truth lives in your heart; beliefs lie in your head.”  During these periods, stay grounded,  remain as neutral as possible and focus on keeping your immune system strong & healthy.

On December 2, Jupiter leaves expansive SAGITTARIUS and begins a new 13-month cycle in CAPRICORN — joining both Saturn and Pluto in conservative CAPRICORN (cardinal earth) until the end of 2020.  Discipline, downsizing, reducing, recycling & paring down to the essentials will be the fundamental themes of 2019 & 2020 (as they also were in this past year) as this strong emphasis in CAPRICORN plays out.

We will continue to undergo a significant restructuring and increased accountability in government, laws, taxes, insurance, corporations, global currencies & the financial markets.  By April, some heavy karmic situations could come to a head with the volatile Pluto–South Lunar Node conjunction (on April 4), followed by the sobering Saturn-South Lunar Node conjunction on April 30, July 4 and September 27.  Be cautious & prudent with personal finances, as there are storm clouds ahead!

On March 6, Uranus will finally leave ARIES (cardinal fire) and settle down in TAURUS (fixed earth) for the next 7 years.  With 4 of the 5 outer planets now in earth signs, it’s certainly back to the basics!  The cosmic role of Uranus is to awaken, revolutionize and disrupt the status quo, so significant alterations will be occurring in home, family & property matters (even when you least expect them).  Are you thinking of making a move?

Buying, selling or refinancing real estate?  Remodeling, redecorating or putting in a garden?  Enlarging or shrinking the size of your family?  Revamping your living arrangements?  It’s time to change things up!  Environmental concerns, global warming, land use, soil, agriculture, earth changes and population shifts will take major priority to everyone on this planet. Women’s issues, along with the feminine perspective, will be enhanced and explored!  It’s interesting to note that a predominance of female representatives were elected to the US Congress this past year — on the very day that the North Node entered CANCER!  At long last, women’s voices are starting to be heard loud and clear — hallelujah!

Mars leaves ARIES and plants itself in comfort-oriented TAURUS on February 14; channel your energy into planting, constructing and creating more security & stability in your home, family and base of operations.  Once Mars moves on to breezy GEMINI on March 30, you’ll be ready to hit the road, get back in circulation, exchange ideas & information, and connect with relatives & neighbors.  Variety is the spice of life! On May 15, Mars enters nurturing CANCER, where the focus will be on food, fuel, finances & feelings.

Once Mars moves on to sunny LEO on July 1, put energy into revitalizing your life and personal environment.  Enjoy just being!  Plan to focus your energies into work & health matters once Mars enters efficient VIRGO on August 17.  When Mars moves on to sociable LIBRA on October 3, it’s the time for participation & collaboration.  Join up with those who share your interest & ideals!  On November 18, Mars moves on to its own sign, SCORPIO, where it will remain for the rest of this year.  Clarify your personal & professional goals, set positive intentions and go for what you want!

It’s always wise to be aware of the upcoming Mercury retrograde cycles, which occur this year on March 5‒28, July 7‒31, and October 31‒November 20.  These are the times for reviewing, editing & repairing — but not for start-ups, new projects, medical procedures, buying homes, cars, computers or electronics.  Instead, utilize these cycles to file, edit, fix thing, make plans and catch up with yourself!

You have the tools necessary now to transform your dreams into realities, and with some patience, perseverance and self-discipline, you can make this a constructive, productive year.  Have a stellar 2019! ♥