HAPPY NEW YEAR! The year 2022 gets off to an auspicious beginning, sparked by the electrical Sun-Uranus trine and Mercury‘s 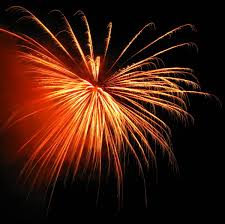 entrance into unconventional AQUARIUS — along with the New Moon in CAPRICORN on January 2.   With Jupiter squaring the Lunar Nodes the following day, this year starts off in overdrive!  What does all this portend for the rest of the year? Considering that the pandemic is still in full swing, the main theme seems to be about establishing a sense of normalcy in our lives: staying healthy, comfortable, safe and secure.

As always, the first 3 weeks of the new year (with the Sun in CAPRICORN) are concerned with taking care of business, getting organized, clearing out last year’s files and recycling outworn possessions.  Once the Sun moves on to AQUARIUS on January 19, life begins to free up and advance forward — it’s out with the old, in with the new.  The New Moon in AQUARIUS initiates the Chinese New Year of the Water Tiger on February 1, said to be a year of massive change, volatility, bold actions and controversial ideas.  Be passionate, daring and fearless — even a bit feisty & rebellious! 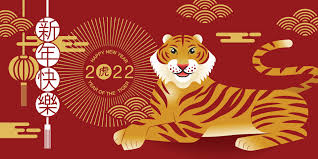 From a numerology perspective, 2022 adds up to a “6” year.  This number relates to domestic happiness, harmony and stability, unconditional love and the ability to support, nurture and heal.

On January 18, the North Node (a point symbolizing prevailing social trends) leaves GEMINI and begins a new 18-month cycle in TAURUS.  Let’s hope & pray that this helps calms down the nerves and the scattered energies of the previous cycle!  It will a time for hunkering down, creating more comfort & security in your home & family scene, building a solid community and spending more time in nature.  Considering that the North Node joins up with Uranus in TAURUS this summer (July 31), it could be advantageous to make some major changes on the home front, such as building, remodeling, redecorating, gardening & landscaping, buying real estate or moving to a place with greater growth potential. As this year begins, Jupiter is in contemplative PISCES, along with Neptune. You’ll want to devote some quality time to your work, health care, exercise, sleep, spiritual practice or pets—and strengthen your immune system.  The enlightening Jupiter-Uranus sextile, on February 17, will inspire lots of buzz about space exploration, discoveries & mind-blowing inventions.  It is likely that the current pandemic crisis will crest just as the chaotic Jupiter-Neptune conjunction comes to a head on April 12.  Let’s cross our fingers that another variant won’t emerge before we reach some degree of herd immunity!  Pay special attention to your dreams at this time, as they may have an important message for you.  Your pets may be particularly sensitive & expressive; give them lots of TLC.

The creative Jupiter-Pluto sextile on May 3 could ignite some new hobbies, projects or business ventures.  To add to the excitement, Jupiter will take its initial steps into ARIES on May 10 — signifying a time for picking up the pieces and starting up anew. The phoenix rises again!  This is a time for being enterprising & entrepreneurial, taking some calculated risks and allowing your inner child out to play!  Jupiter returns to PISCES on October 27, then moves forward to ARIES again on December 20.

Saturn is currently in AQUARIUS and will be staying there until March ’23.  The planet associated with tradition is now in the sign associated with revolution & evolution.  To function effectively in this rapidly-changing world, you will want to update your phones & computers—as well as adapt to new apps & software—just to keep up with the fast pace of the technological advances. Commit to growth & progress!  You can expect to see serious developments in the fields of biofeedback, artificial intelligence & robotics. Tele- medicine, telecommuting & conferencing and distance education, along with working from home, will continue to become more mainstream.

The square between Saturn & Uranus—a major theme of last year—will still be within orb this year.  This stressful aspect is expressed by the tensions between the past vs future, the right vs left and restriction vs freedom.  Despite (and even because of) the antagonistic energies, we will slowly but surely move forward.  An economically-challenging period will arise with the frustrating Saturn-Lunar Node square, which peaks on April 11.  Things will tend to get stuck, blocked or delayed, so get your taxes done earlier than later, and keep a close eye on investments or legal matters. Considering that the Jupiter-Neptune conjunction occurs at the same time, take extra precautions with your health and stay conscious!!

Unpredictable Uranus is halfway through its 7-year stay in TAURUS, continuing to stir up significant changes, rearrangements and disruptions in home, family, property & community matters.  The role of Uranus is to free us from old patterns,  habits or routines  — and to hasten our evolution. We are in a process of questioning the foundations, structures, support systems and comforts that we’ve taken for granted in the past.  Many will consider pulling up roots, moving their base of operations and seeking greener pastures, perhaps related to the weather, earth changes, political chaos, taxes or lifestyle choices.  Environmental concerns, sustainability, global warming, territorial borders, land use, agriculture, earth changes and population shifts will become even more potent issues. Discipline, downsizing, reducing, recycling & paring down to the essentials will be continue to be a fundamental theme as Pluto finishes up its 16-year transit of CAPRICORN.  We will continue to undergo a significant restructuring (and hopefully, increased accountability) in government, laws, taxes, insurance, corporations, global currencies & the financial markets.  In the US horoscope, Pluto will return to its original position from 1776 — a 248-year cycle!  There is no doubt that there will be tremendous upheaval, transformation and renewal taking place in this country (in addition to being an election year)!

Mars is in adventurous SAGITTARIUS as this year begins, inspiring  us to learn, explore and expand our horizons.  Mars will then join Venus, Saturn & Pluto in serious CAPRICORN on January 24, requiring conscientious attention to joint finances, taxes, insurance, legal or government matters.  A desire for change & spontaneity arises with Mars’ entrance into freedom-loving AQUARIUS on March 5 (amplified by Saturn‘s presence in AQUARIUS).  You’ll be ready for a spiritual uplift once Mars drifts into sensitive PISCES on April 14; be caring & compassionate with yourself & others, and tend to your physical, emotional & mental health.

Mars leaps into ARIES on May 24; this intense, dynamic energy will inspire you to explore your creativity and immerse yourself in new projects, hobbies, business ventures or romance. Mars moves on to comfort-oriented TAURUS on July 5; channel your energy into planting, constructing and creating more security & stability in your home, family and base of operations.  Once Mars moves on to breezy GEMINI on August 20, you’ll be ready to hit the road, get back in circulation, exchange ideas & information, and connect with relatives & neighbors.  Variety is the spice of life!  Mars turns retrograde in GEMINI on October 30, staying in this sign until March ’24.

It’s always wise to be aware of the three Mercury retrograde cycles in the year ahead, which will occur on January 14—February 3, May 10—June 3 and September 9—October 2.  These are the times for reviewing, editing & regrouping — but not for start-ups of any kind (such as undergoing elective medical procedures, signing contracts or buying cars, computers & electronic equipment).  Instead, utilize these cycles to repair things, file, de-clutter, clear the decks and catch up with yourself! 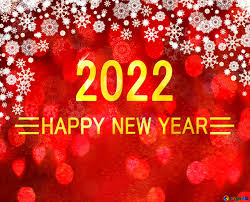 This year will present you with the opportunity to experience increased spontaneity, enlightenment & individual freedom, despite any limits placed upon you by the outer world.  May your personal evolution be accelerated in a safe & healthy way — and may you easily overcome any restrictions or obstacles in your path.  Transform your dreams into realities!  Here’s wishing you a very HAPPY NEW YEAR — and a stellar 2022!