Buckle up – we’re in for a wild ride ahead!  The Full “SUPER” Moon (& Total Lunar Eclipse) on January 20 sets the stage for a potentially disruptive & enlightening month as the Sun enters unpredictable AQUARIUS — the sign associated with freedom, democracy, radical change, controversy, shocking revelations and lightning bolts.  Since AQUARIUS is a fixed air sign, it’s likely that the divisive, antagonistic and contentious mood of the moment will only be exacerbated; we will be facing strongly-held opinions, confrontations and increased political polarization.  The personal challenge of this month is to detach, take the high road and explore ways to bridge the gaps! The Full Moon in AQUARIUS-LEO, which peaks at 9:16 pm PST on the 20th, will bring full expression to the grievances & frustrations of the past CAPRICORN month.  Whatever has been kept in the dark will be revealed by the bright light!  This SuperMoon will also shine on the plight of the many federal workers, businesses and industries impacted by the partial government shutdown, their pain & suffering reflected by the pathetic Venus-Neptune square on the same day.  In order to navigate this intense Full Moon energy, strive for equality, mutuality and clarity in your one-on-one relationships, and take care not to project your issues onto another.  Instead, pay close attention to your reflection in the mirror that others provide you — and BE the change you want to see in the world & others!

With Uranus, the ruling planet of AQUARIUS, in its final days in ARIES, these are clearly unprecedented times as we continue to rush headlong into uncharted territory.

The AQUARIUS month is always a call to the future ‒ it’s now the time to focus on liberty, independence and non-conformity.  Take advantage of this edgy, topsy-turvy energy and utilize it to emancipate yourself from limiting routines, habits and thinking patterns.  Change the status quo and do things differently! Focus on the present moment instead of the past  — be here now! Free up from whatever (or whomever) is holding you back, keeping you down, or restricting your options.  Wake up!!

Auspiciously, January 20 also happens to be the 2nd anniversary of the current US administration, still mired in a month-long stalemate and partial government shutdown over an unpopular wall (which began a month ago on the previous Full Moon in CAPRICORN-CANCER just as the Sun entered CAPRICORN)!  Patience will be running thin by January 21 as Mars (in impatient ARIES) squares off with Saturn (in obstructionist CAPRICORN), accompanied by the mentally-draining Mercury-South Node conjunction, also  in CAPRICORN.  If this doesn’t break up the governmental logjam, then get ready — revolution is in the air!

Friendly cooperation & communication will be stimulated by the uplifting Venus-Jupiter conjunction on January 22 — an ideal day to plan a trip, read a book, start a class or enjoy social activities.  At the same time, expect some surprises, changes or interruptions with the disruptive Mercury-Uranus square.  Late on the 23rd, Mercury leaves CAPRICORN and joins the Sun in AQUARIUS — the pace is stepping up!  Personal & professional goals can start moving in a positive direction with the Mars-Jupiter trine on January 25; utilize the analytical Sun-Mercury conjunction on the 29th to clarify your priorities.  A more grounded energy will arise with regard to finances, business matters & health (and hopefully the government!) with the steadying Saturn-Neptune sextile on January 31.

Take it easy as the stressful Mars/Pluto square brings some long-standing tensions to a head on February 1 — don’t force things to happen.  Find responsible ways to let off some steam, and get ready for an exciting weekend ahead — the sparkling Venus-Uranus trine on February 2 will stimulate impromptu gatherings and magical connections!   And the boisterous Mercury-Jupiter sextile on Super Bowl Sunday suggests a stimulating day to get together with your buddies and cheer on your favorite team!

Also on February 3, Venus leaves SAGITTARIUS and joins Saturn & Pluto in CAPRICORN — over the next few weeks, you’re likely to be reconnecting with people from your past.  You’ll also want to re-evaluate and perhaps restructure your friendships and close relationships — are they mutually-satisfying, draining or merely habitual?  It’s time for a serious reality check!  Venus will be in CAPRICORN for the rest of February, so put in some efforts to develop meaningful social alliances, particularly with those who are older & wiser.

You’ll experience a fresh start with the New Moon in AQUARIUS (on February 4 at 1:04 pm PST).  Get in touch with your inner trickster ‒ dare to be unorthodox, deviate from the norm and go down some diverse paths.  Instead of allowing the interruptions, disruptions, twists & turns to upset or annoy you, stay spontaneous, don’t be attached to plans, and expect the unexpected.  Turn off the TV & read something enlightening, metaphysical or out-of-the-ordinary.  Explore some alternative ways of relating to others – strive for true teamwork in your personal interactions.  Look at the world from a different, detached, and even opposite point of view – reverse your universe!

The New Moon in AQUARIUS always ushers in the Chinese New Year — and this happens to be the Year of the Earth Pig/Boar.  It is said

that this year tends to bring success in friendships and long-term business ventures.  Generosity, tolerance and humor are some of the Pig‘s important traits, but a tendency towards laziness, overindulgence and gullibility needs to be held in check.

An upbeat, intellectually-stimulating  spirit will emerge with the Sun-Jupiter sextile and the Mercury-Mars sextile on February 7.   Lots of  interesting ideas, information and opinions will be tossed about, and the journalists will be having a field day!  Some long-standing challenges could come to a head as Mars (in ARIES) squares the Lunar Nodes in CANCER & CAPRICORN on February 9 – it’s time to ram through emotional or financial logjams!  The Mercury-Uranus sextile, later that day, could provide some enlightened insights and open up some exciting new perspectives.

Mercury leaves edgy AQUARIUS and moves on to compassionate PISCES on February 10, where it will remain through April 16 due to its upcoming retrograde in March.  With this 2-month focus on the sign associated with healing, compassion and charity, you may find deep satisfaction in being of service to others and volunteering time to help those less fortunate than yourself.  There could be major efforts afoot to support the “Dreamers” and focus increased attention to minorities, immigrants, victims of crime, addicts and helpless creatures of all kinds.  The animal rights advocates will likely be in out in full swing!

Keep your cool as the high-voltage Mars-Uranus conjunction builds up to a peak on the 12th; be extra careful with electricity,  machinery and sharp objects.  Mars leaves ARIES and begins a new 6-week cycle in earthy TAURUS on February 14 (Happy Valentine’s Day♥).  Put some special efforts into making your family & domestic scene more comfortable, cozy and supportive. 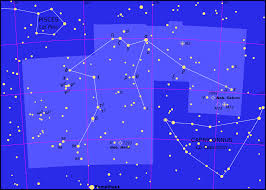 The Venus-Neptune sextile on February 17 could elevate those relationships that are healthy for you, and the Venus-Saturn conjunction on the 18th could solidify a relationship — or bring one to a close.  You may also hear from old friends at this time.  This AQUARIUS month comes to an end appropriately with the scintillating Sun-Uranus sextile, late on February 17.  Be spontaneous and open yourself to some  electrifying & exhilarating possibilities!