Fasten your seatbelt — we’re in for a wild ride ahead!  The Sun is now in AQUARIUS, the sign associated with freedom, democracy, radical change, non-conformity, controversy and shocking revelations. Revolution is in the air! It’s the time to lighten up from the heavy energy of the previous CAPRICORN month,

tap into your ingenuity and take a flying leap forward.  Since AQUARIUS is a fixed air sign, we will likely be experiencing electrically-charged opinions, direct confrontations and increased political polarization in the outer world, along with a rebellious, contrary & antagonistic public mood.  Anything can happen!  The personal challenge of this month is to detach, take the high road and explore ways to bridge the gaps. . .

The AQUARIUS month is always a call to the future — the emphasis is on inventiveness, independence and individuality. Take advantage of this edgy, topsy-turvy energy and utilize it to liberate yourself from limiting routines, habits and thinking patterns.  Change the status quo and do things differently.  Focus on the present moment instead of past experiences — be here now!  Free up from whatever (or whomever) is holding you back, keeping you down, or restricting your options.  Instead of reacting or railing against what you don’t like, BE the change you want to see in the world!

Auspiciously, this solar month begins with a day off—Martin Luther King Day—the holiday that puts the spotlight on civil rights and racial equality.

January 20 also happens to be the third anniversary of the current US administration, just as the Senate impeachment trial starts up.  It’s likely that the divisive, antagonistic and contentious mood of the moment will only be exacerbated by the unpredictable Sun-Uranus square on January 22 — unexpected twists & turns can be expected, along with possible power outages, electrical storms or computer snafus.  With Uranus—ruling planet of AQUARIUS—in TAURUS these days, you may become aware that some changes or rearrangements in home, family, lifestyle, property  or community affairs need to be implemented.

Friendly cooperation & communication will be stimulated by the positive Venus-Jupiter sextile on January 23 — an ideal day to plan a trip, start a class or enjoy social activities.  It’s out with the old, in with the new as the New Moon in AQUARIUS (on January 24 at 1:42 pm PST) ushers in the Chinese Lunar New Year of the Rat. {It is said that adaptability, resourcefulness & quick wits are the winning traits of this year, but a tendency towards greed, over-ambition, recklessness or wasteful habits needs to be curbed}.  Get in touch with your inner trickster ‒ dare to be unorthodox, deviate from the norm & venture down some diverse paths.  View the world from a different, even opposite perspective! 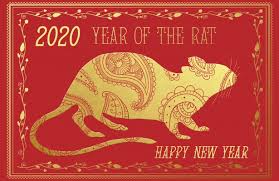 With the intellectually-stimulating Mercury/Mars sextile on January 25, consider turning off the TV (or at least changing the channel) and reading something enlightening, metaphysical or out-of-the-ordinary.  Explore some alternative ways of relating to others – strive for true teamwork in your one-on-one interactions.  Don’t allow the star-crossed Venus-Mars square on January 26 to spoil your day; avoid political arguments or competitive individuals.  The healing energies of the Venus-Neptune conjunction (January 27) can bring a spiritual uplift; at the same time, you’ll want to channel the escapism of the Mars-Neptune square (January 28) into a healthy & helpful outlet.  Compassion for others, as well as for yourself, will go a long way in creating peace & harmony.

Get ready for a lively Super Bowl weekend, as the playful Venus-Pluto sextile on February 1 will stimulate sparkling gatherings and dynamic social connections.  Mercury leaves AQUARIUS and joins Venus & Neptune in PISCES on February 3 (the day of the long-awaited Iowa caucus).  This symbolizes a time to heal, feel, care & serve — you may feel more psychic and attuned to subtle undercurrents.  You’ll want to stay conscious during this next month, as chaos, confusion & lack of clarity could be the norm. Put some thought into improving your health, stretching & exercising, meditating and catching up on your sleep.  A volunteer opportunity could arise that you’d find very rewarding; give your pets extra love & care.  With the grounding Venus-Saturn sextile, also on the 3rd, catch up with longtime friends and solidify social alliances, particularly with those who are older and wiser.  You could be introduced to interesting new concepts or advanced technologies for your home with the progressive Mercury-Uranus sextile on February 5; think outside the box!

Venus leaves PISCES and moves on to energetic ARIES on February 7; a playful, creative spirit could inspire you to take on new hobbies, projects, friendships or romantic adventures over the upcoming month..

The Full Moon in AQUARIUS-LEO, which peaks on February 8 at 11:33 pm PST, could electrify the energy field and stir up some edgy, unexpected activity.  To navigate this unpredictable Full Moon as its intensity builds up, strive for equality, mutuality and clarity in your one-on-one relationships; teamwork is the key! Take care not to project your issues onto another; instead, pay close attention to your reflection in the mirror that others hold up to you.  Don’t push or rush into relationships as the Venus/Lunar Node square builds up on February 13; back off a bit and avoid any co-dependent interactions or financial entanglements.

Also on the 16th, Mercury begins its 3-week retrograde cycle in PISCES (through March 9).  Utilize this time to go back over things, review, edit and regroup (especially with work, health, pets or spiritual matters); avoid business start-ups, elective health procedures, signing contracts or purchasing cars, computers or electronic equipment until this period passes.

Wishing you more spontaneity, enlightenment & individual freedom this month — may your personal evolution be accelerated!