It’s time to hit the refresh button!  SPRING has officially arrived with the Sun’s entrance into ARIES and the Vernal Equinox (in the northern hemisphere)—’tis the season for renewal and rejuvenation!  The pace of life now begins to quicken — and the flavor of the month is hot, bold and intense!  A cardinal fire sign, ARIES is associated with rebirth, transformation and new beginnings.  Blossoms and babies are bursting forth everywhere, evidence of the awesome regenerative forces of nature.  Along with mother earth, now is the time to wash off the residues of winter and fire yourself up for your annual metamorphosis!

The mythological phoenix—rising from its ashes, only to fly higher—is an appropriate representation of the sign ARIES.  Throw yourself into some spring cleaning, purge the past and prepare for takeoff! This month is ripe for initiating new hobbies & projects, developing your talents, launching a business venture or taking a chance with love.  The creative impulse is alive and well with the Sun, Mercury, Venus and Uranus all in ARIES as this solar month begins!  Walt Disney once said, “Creativity is the discovery of something new, or the rearrangement of something old in a new way.”  It is said that there is nothing new under the Sun, and yet life does tend to keep re-inventing itself!

Although the Mercury/Venus conjunction in ARIES starts off this new cycle with a burst of fun & playfulness on March 20, be forewarned that some contradictory energies are also on the loose!  Personally, as well as collectively, it will be difficult to move things forward during the first few weeks of this solar month.  In the first place, Mercury turns retrograde on March 22 (until April 15).  At a time when you’re raring to go, you’ll need to rein yourself in, put on the brakes and catch up with yourself instead.  Channel that intense mental energy into doing your research, previewing your options and reviewing your plans.  Don’t officially start up a new project or business, sign contracts or buy a car, computer or electronic equipment until after April 15.

You can also expect to encounter some turbulence, upheaval and volatility as this solar cycle gets underway.  The ARIES planets will be squaring off with the three planets in CAPRICORN (Mars, Saturn & Pluto)— talk about cosmic crosscurrents!  While ARIES energy can be impatient, impulsive & demanding, CAPRICORN energy tends to be patient, cautious & process-oriented.  With the predominance of planets in cardinal signs (the “movers and shakers”), push may come to shove!  The forces of change & progress (like the student protests) will be at odds with the established patterns & values, bringing any underlying tensions to the forefront.  With both Mars and Pluto—co-rulers of ARIES—in the sign CAPRICORN these days, the challenge is to be realistic, responsible & ethical in all your actions, particularly in financial and contractual matters.

Restrain yourself in relationships with the Venus/Pluto square on March 23; just relax and don’t try to make things happen.  You may feel somewhat testy, sarcastic or combative due to the Sun/Mars square on the 24th; so avoid conflicts & hostile situations.  Be patient with yourself as the Sun/Saturn square builds to a peak on March 29; any restrictions, delays or obstacles you may encounter will only be temporary.  Exchange the need for instant gratification for some long-term results.  And avoid butting heads or ramming into others!

The spontaneous Venus/Uranus conjunction could lighten things up socially and bring some surprises, magical connections and unexpected breakthroughs on March 28.  Love at first sight has been known to happen with this aspect!  Then Venus moves on to earthy TAURUS late on March 30, a planetary shift that will hopefully introduce some calm & stability to the mix.  Put some loving energy into your domestic life; snuggle up with family & close friends, fix up your home and create more comfort & security in your personal universe.

Resurrection is the underlying message of Easter, which is always celebrated each year on the Sunday following the Full Moon in ARIES & LIBRA.  This intense Full Moon (also a Blue Moon, since it’s the 2nd Full Moon of the month) peaks this year on March 31 at 6:37 am PDT — a potentially volatile period which will require you to find a balance between your personal projects and your social obligations.  Do what you need to do for yourself, and at the same time, take others’ needs & desires into consideration.  Allow the Sun/Mercury conjunction, on April 1 (Easter Sunday) to uplift your spirits and guide you along to a clearer path forward. 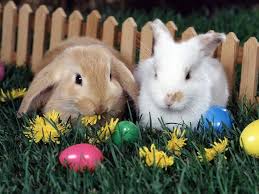 It may seem as though you’re pushing through dense matter as the frustrating Mars/Saturn conjunction builds up on April 2, and life may feel like an uphill battle as the Mercury/Mars square (on the 4th) and the Mercury/Saturn square (on the 5th) come to a head.  Don’t let fear, frustration or anxieties get to you—know that this, too, will pass!  Turn to family and friends for love & support as the sweet Venus/Saturn trine unfolds on April 7.

Take it easy and don’t force any issues as the stressful Sun/Pluto square peaks on April 11; instead, avoid burn-out and be gentle with yourself (and cut others some slack, too).  Some patience, persistence and steady action will propel you along through this period — a body in motion stays in motion!  Keep your sights on your personal goals and joys — and protect your energy field from the disruption and uncertainty unfolding in the world around you.  Know your boundaries! Things will definitely brighten up with the enthusiastic Jupiter/Pluto sextile on April 14—a more positive perspective will begin to take over.  You could feel inspired to make some travel plans, sign up for a conference, class or workshop, embark on a writing project, organize a promotional effort, get back to the gym or become involved in some sports activities. The healing energy of the Mars/Neptune sextile, also on the 14th,  will bring in a sense of relaxation and well-being.  You may want to take in a concert, get a massage or head to the beach.

The New Moon in ARIES bursts forth at last on April 15 at 6:57 pm PDT — it’s the astrological new year!  Mercury also turns direct on this day, so life will be getting back on track from here on. Take advantage of this enterprising, innovative and action-oriented spirit—try a makeover, pioneer unexplored avenues, do things you’ve never done before and be willing to take a few risks.  Express your creativity through writing, art, music or dance activities and let your inner child out to play!  Children could take on an important role in your life these days—remember what it feels like to be young, exuberant and fun-loving!  Whatever is initiated now can have a major impact on the year ahead (and ARIES rules the head)! 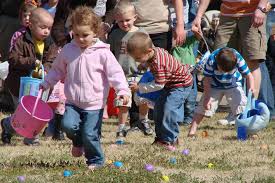 Saturn begins its annual retrograde cycle on April 17 (until September 6); re-evaluate your commitments, face the realities and live your life in a more mature, disciplined way.  Enjoy the playful Venus/Pluto trine (April 17), as some exciting social interactions and new relationships await you!  Expect some enlightening, electrical or unusual experiences with the unpredictable Sun/Uranus conjunction (April 18) — it’s time to change things up.  If the refresh button isn’t enough, then hit the restart button! Spring into action, birth some creative projects — and let the transformation begin!