Just when you thought things couldn’t get any crazier, the Sun enters AQUARIUS—the sign associated with change, controversy, uncertainty, unpredictability and revolution.  These are clearly unprecedented times, and we continue rushing headlong into uncharted territory (particularly with Uranus, the ruling planet of AQUARIUS, in ARIES these days).  As always, we’re in for a wild ride this month!  One thing is for certain: the divisive, antagonistic and contentious mood of the moment is likely to be exacerbated during this solar month.  Since AQUARIUS is a fixed, air sign, there will be strongly-held opinions, personal confrontations and political polarization.  The challenge we face this month is to take the high road!

Have you been frustrated with the status quo?  Feeling a need to do some things differently?  Following on the heels of the CAPRICORN month (structure, tradition, rules & regulations), the AQUARIUS month is always a call to the future ‒ it’s now the time to focus on freedom, independence and non-conformity.  Take advantage of this edgy, topsy-turvy energy – utilize it to liberate yourself from limiting routines, habits & thinking patterns.  Stay in the present and tune in to the immediate future, instead of the past ‒ be here now!  Free up from whatever (or whomever) is holding you back, keeping you down, or restricting your options.  Explore some alternative ways to relate to others – strive for true teamwork in your personal interactions.

Instead of allowing the interruptions, disruptions, twists & turns to upset or annoy you, stay spontaneous, don’t be attached to plans, and expect the unexpected.  Turn off the TV and read something enlightening, metaphysical or out-of-the-ordinary.  Get in touch with your inner trickster ‒ dare to be unorthodox, deviate from the norm and go down some diverse paths.  Align with the eccentric orbit of the planet Uranus — look at the world from a different, detached, and even opposite point of view.  Reverse your universe!

You may have felt stuck, blocked or heavy during the past month, with half the planets in serious CAPRICORN.  With Venus now in AQUARIUS (since January 17), friends & social activities will help to alter your attitude and lighten up the mood.  The healing Mercury/Neptune sextile accompanies the Sun’s entrance into AQUARIUS on January 19, and along with the Moon’s presence in PISCES, initiates a weekend for relaxing and elevating your spirits!

How ironic is it that this solar month starts off with the shutdown of the US government?  And on the first anniversary of the new administration — how auspicious!  This nation, which has only become more polarized in the past year, was founded upon the AQUARIAN principles of freedom, liberty & justice for all — and a government that is of the people, by the people and for the people.  What’s gone wrong here?  Hopefully, the upheavals that will arise from the tumultuous Mercury/Pluto conjunction in CAPRICORN (on January 24) will ultimately bring transformation & renewal.   Positive communications and opportunities could be inspired by the Mercury/Jupiter sextile (on January 25).  With patience, perseverance & self-discipline (and a good dose of compromise), some long-term plans and programs could soon get off the ground.

After a 6-week transit in SCORPIO (its own sign), Mars moves on to adventurous SAGITTARIUS on the 26th.  You’ll start experiencing a more optimistic, positive outlook on life – speak your truth!  It’s a good time for making travel plans, interacting with others from foreign countries, learning new things, attending classes, workshops or lectures, upgrading your communications or enjoying sports activities.  Energetically, it will an expansive, uplifting cycle ahead – stretch your legs and spread your wings!  Immigration will be the major conversation over this next month-and-a-half — let’s hope we can come to terms with this issue and move forward!

Expect some rearrangements, sudden changes and breaks with the past (particularly in financial, legal or governmental matters) as the rebellious Mercury/Uranus square comes to a head on January 27.   Remember, the devil’s in the details!  Once Mercury joins the Sun & Venus in AQUARIUS on January 31, the collective mentality will be ready to release the past and embrace some ingenious, original solutions to old problems.  On an individual level, take advantage of this liberating change of perspective.  Express your originality, come up with new wrinkles and think outside of the box! 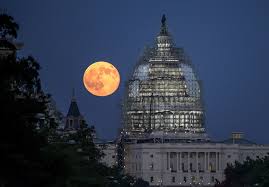 And to amplify the unusual nature of this month, January ends with the second SUPERMOON of the year (Full Moon & Lunar Eclipse in AQUARIUS & LEO on January 31 at 5:27 am PST).  Emotions will be running high — whatever needs to be revealed and released will be brought into the light!  Strive for equality, mutuality and clarity in your partnerships, and take care not to project your issues onto another.  Instead, look at your reflection in the mirror that your one-on-one relationships provide you.  As Mahatmas Gandhi has famously said, “You must BE the change you want to see in your world.”

Electricity will be in the air during the Super Bowl weekend!  You can look forward to impromptu get-togethers, magical connections and unique individuals entering your sphere with the Mercury/Mars sextile and the Venus/Jupiter square (both on February 3) and the Venus/Uranus sextile (February 6).  However, due to Moon Wobble (a 2-week cycle of emotional instability due to the Sun/South Node conjunction which peaks on February 3), it’s best to take things as they come and avoid making any rash, impulsive decisions until this period passes (around February 10). 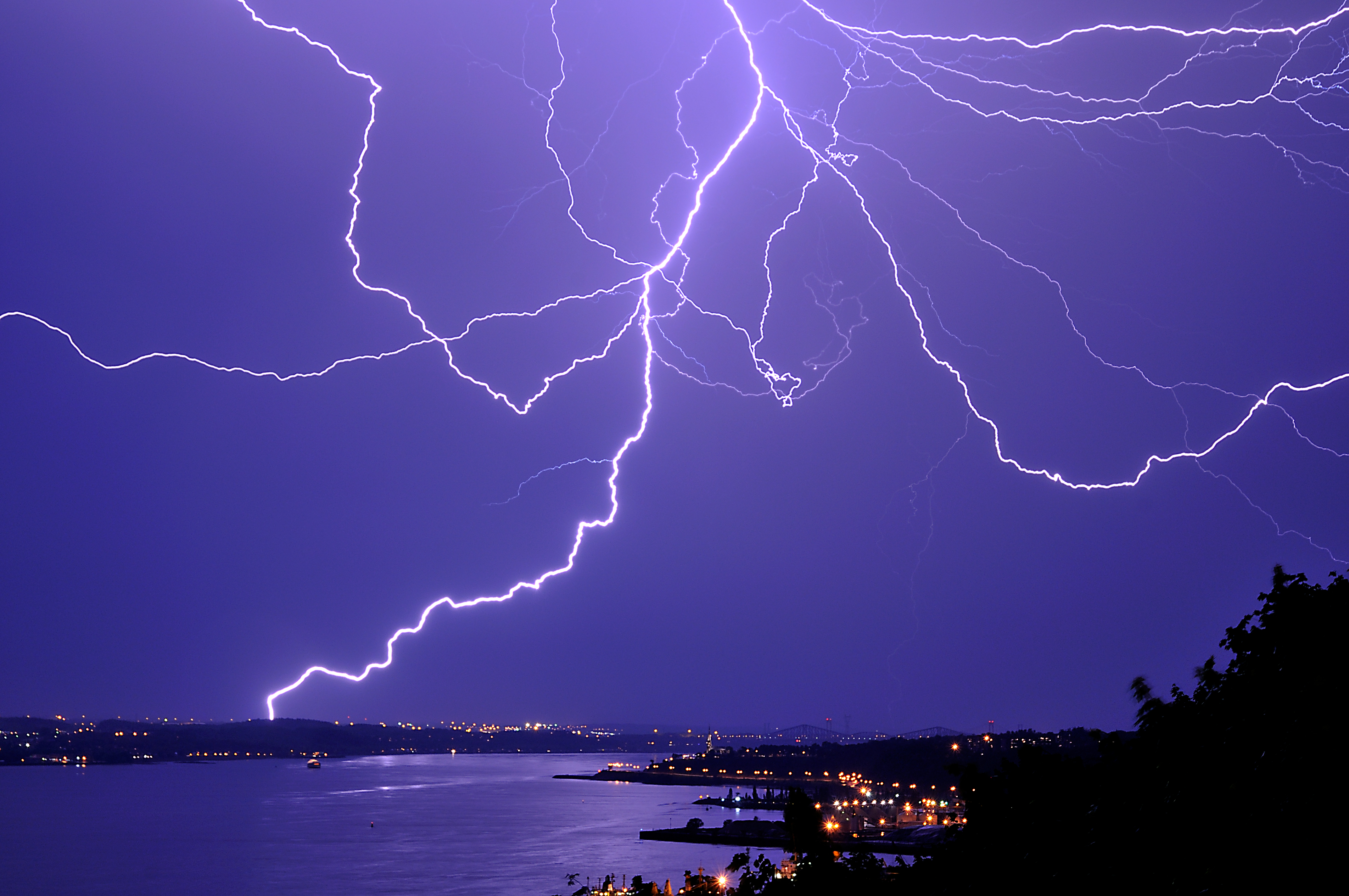 Once Venus moves on to PISCES on February 10, feelings of care & compassion will infuse social interactions, and you’ll want to be of assistance to loved ones.  The escape urge will be especially strong, so channel it in healthy ways (through films, music, dance, yoga, meditation, spiritual practices, or service to those less fortunate than yourself).  You may be drawn to the ocean, or feel the need for a spa day (a massage or foot reflexology treatment could be especially helpful during this transit).  Sympathy for the “Dreamers” may cause an escalation of public sentiment and lead to vociferous demands that Congress act immediately to protect them from deportation.

From February 9‒25, the Winter Olympics will be attracting the world’s attention – and may absorb more of your time than expected.  Watch a tendency to overdo with the squares to Jupiter from the Sun (on the 10th) and Mercury (on the 13th); don’t make mountains out of molehills.  At the same time, the spontaneous Sun/Uranus sextile on February 13 kicks off this year’s Mardi Gras celebration! Take some time out for handling personal or social responsibilities with the Venus/Saturn sextile on February 15; it’s likely that some old friends may come back into your life.

It’s out with the old, in with the new with the New Moon (& Solar Eclipse) in AQUARIUS on February 15 at 1:05 pm PST, which also brings in the Chinese New Year of the Dog.  Honesty, loyalty and the safety & security of loved ones seem to be the main themes of this particular year; social movements promoting the common good, along with protests regarding social injustices, could intensify.

The electrical Mercury/Uranus sextile, also on the 15th, can inspire a more free-spirited perspective and inventive ideas as this New Moon cycle begins.  Change things up in your life!  Escapist tendencies can run rampant with the spacey Mars/Neptune square, which comes to a head on February 17; stay conscious, catch up on your sleep, and don’t believe everything you hear.  You’ll be ready to refocus your mind with the Sun/Mercury conjunction (also on February 17).  Set your plans in motion for a more conscious & awakened lifestyle.  Mercury leaves AQUARIUS  and moves on to PISCES on the evening of February 17, providing a sneak preview of the PISCES month about to begin.  Go dancing, take in a concert, meet some friends for drinks or see a movie.  Lift your vibration!